A recent trial at Dendoldrum Farm, Montrose - where Gregor Colquhoun runs 780 Holsteins has shown a reduction in feed intake without compromising milk production. The trial was designed to assess the performance of our feed additive Rumitech, that encourages a more efficient rumen environment, leading to better feed conversion. 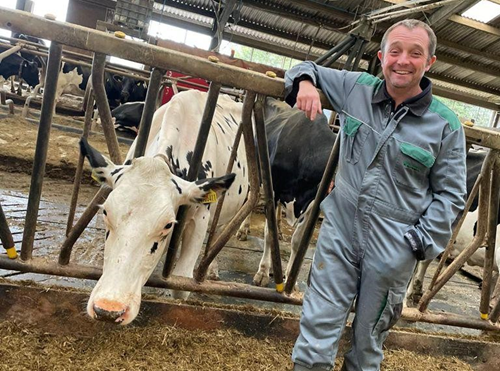 The trial also found that, when the trial and control group yield data was corrected for days in milk, there was an increase of 1l/cow/day in the Rumitech group. When this is applied to the whole herd, at a milk price of 29p/litre, this equated to total extra revenue of £61,777.

As well as reducing feed intake, trials have consistently shown that Rumitech reduces methane emissions, sometimes by as much as 25%*. Rumitech was the first feed additive to be certified by The Carbon Trust**, meaning Mr Colquhoun will also have achieved a significant reduction in the carbon footprint of his herd.

Reduced feed intakes can potentially lead to a reduction in use of imported raw materials, thus also having a positive impact on the carbon footprint of the industry as a whole.

The trial involved 473 early to mid-lactation cows, with 241 assigned to the control group and 232 to the test group which were fed Rumitech as part of their rations.

All other variables were kept constant throughout the three-month trial and data were collected on feed intake, milk production, milk recording, body condition scoring, health status, and costs.

To feed Rumitech to the whole herd at Dendoldrum would be an annual cost of just £9,490. Increasing milk yield by 1l/head/day would provide a net gain of £52,287 or a 6.5:1 return on investment. There would also be a return on investment if cows produced the same but eat less feed, as was observed by Mr Colquhoun.

“It really makes sense to use Rumitech because cows are not consuming so much feed, especially at a time when feed costs are increasing.” said Mr Colquhoun.

“Early on, I had a gut feeling that the Rumitech cows were eating less. They ate less yet produced the same quantity of milk, so it offers both financial and environmental benefits to the dairy industry,” he said.

“Rumitech has also been shown to reduce methane emissions too, which is becoming ever more important and will help meet requirements of milk companies and retailers. We all have our responsibility to help reduce carbon emissions, from calving heifers younger to feeding more efficiently, all without affecting the quality of milk.”

“The trial shows that Rumitech definitely helps in achieving this and I will be continuing to use it.” he added.

Overall, the trial showed Rumitech produced a range of benefits including:

whilst retaining the health and fertility status of the control group. Body condition scoring and fertility remained consistent across both groups in the trial.

Backed by over ten years of R&D 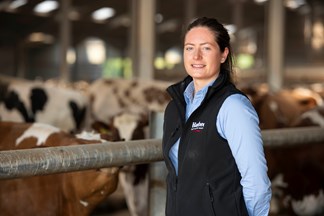 Maimie Sloan, Dairy Technical Nutritionist at Harbro, said the trial underlined the effectiveness of Rumitech, which is backed by more than 10 years of R&D.

She said: “We are very pleased with the results of this trial. The data clearly demonstrates that Rumitech is capable of creating a positive effect on production while improving feed efficiency resulting in significant financial benefits for farmers.

“Another major benefit of Rumitech is a measurable reduction in carbon. As agriculture is one of the biggest contributors of the greenhouse gas methane, it is a huge opportunity for the UK livestock sector to reduce its contribution to global warming.

“As major retailers and food brands seek to decarbonise their supply chains, this is great news for the dairy industry and the wider livestock sector.

“By supplementing with Rumitech, farmers can increase profitability while meeting market sustainability requirements.”

Rumitech was originally created to reduce methane emissions which is achieved by altering rumen microbial populations.

*Based on ‘Effect of Rumitech on Methane Emissions in vivo – Maize-based ration (2011)’, a study carried out by the National Research Institute for Agriculture in Clermont-Ferrand Theix, France.

** In The Carbon Trust's opinion, correct use of Rumitech can reduce methane emissions in dairy and beef cattle and sheep.

To find out how you can introduce Rumitech to your diet or for a free consultation and winter diet plan, fill in the details below: