We are living through extraordinary times, and my first thoughts are for those who have been affected by this awful virus. In my world, horses still have to be cared for and fed. Harbro remains open for business and I would like to thank them for their support during this difficult time. The Harbro van with its cheery driver that delivers my horses’ Harbro Conditioning Cubes, chaff and haylage is a welcome sight, and gives a memory of some sort of normality. The staff in the Hawick shop are always friendly and show real strength at this difficult time. A real beacon of light.

Like all of my fellow eventers, my plans are having to be re-thought. I was so excited to enter my first Badminton on RLE Limbo Kaiser, and gutted that it was cancelled. It looks as if eventing won’t start again until the Autumn. I managed one competition at Lincoln Horse Trials before everything was shut down. Both Sunny and Kaiser competed in the Advanced Intermediate. Both went double clear and I was absolutely delighted with them. Crispy (my 6 year old) competed in his first ever BE event, a BE100. He did a respectable dressage test, was clear cross country, but had 8 faults after he got a fright at a multi coloured filler, the likes of which he had never seen before. His eyes were on stalks at all the other horses, and it was a really good education for him.

It seems inappropriate to think about what we will be doing later on in the season, but meanwhile, I am keeping my horses ticking over, practising my dressage and show jumping in the arena.

Sunny, Kaiser and Crispy would like to thank Harbro for their feed, which they absolutely adore. 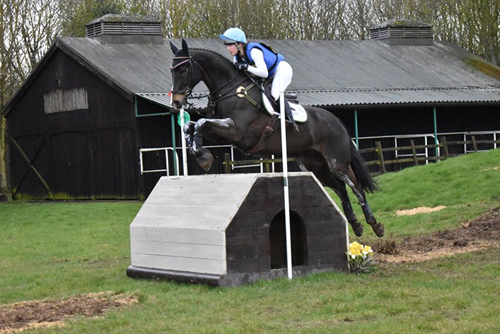