Cameron McIver runs 240 ewes on his mixed farm at Wester Coltfield near Kinloss in Inverness-shire. Foot rot in his flock prompted him to look at the mineral intake of his sheep, and with the help of leading nutritional experts, Harbro, he has seen the positive results that have gone beyond foot health to better general flock performance. 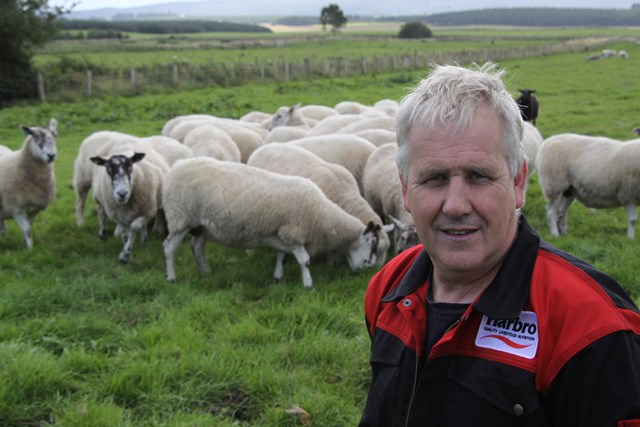 Cameron, who also grows spring barley for malting and has 430 Simmental X cattle, needed some initial convincing when Harbro Beef & Sheep Specialist, John Taylor, recommended a mineral bucket that would help reduce the foot rot problems he was seeing in his flock. Pre-tupping, he tried two Feet Fertility and Worms mineral buckets, and saw how quickly the sheep were taking to it. He bought two more the next week, and then another two.

Cameron couldn’t believe how quickly both the lambs and ewes took to it, even when he put the buckets in different places:

“I reckoned if they were eating it they must have needed it, and when I was handling them a couple of weeks before scanning I noticed how few of them had any foot problems. Then at scanning we had a very high scan on the ewes. The greatest outcome for us though, was the tighter lambing. There weren’t any stragglers and we were finished two weeks earlier than usual.”

Feet, Fertility and Worms has been formulated to provide the vital key nutrients zinc, biotin and Sel-Plex, that promote hoof growth and health, support the oestrus cycle and help to reduce worm egg shedding as a complement to the shepherd’s existing husbandry practices.

John Taylor of Harbro, who works with Cameron to improve the flock’s performance, advises that introducing the bucket pre-tupping is key.

“The results are noticeable when nutritional support is provided throughout the year and pre-tupping. Although the grass may be lush and the ewes and lambs may be happy in the field, mineral intake should always be at the forefront of any shepherd’s mind.”

“The right combination of minerals is not just about boosting ewe immunity, but also impacts both lambs and future lambing. Well-nourished lambs have a much greater chance of getting through weaning without a list of issues, for example cobalt deficiency, but it’s also important to get the ewe back to full health.”

“The ewe is very much a working machine post lambing and without proper maintenance, she can quite literally fall to bits. Zinc with certain B-vitamins, for example, benefits tissue repair, skin, and foot health.  Uterine repair is hugely important for a successful conception ahead of next year’s lambing, but after all of this is past, about a month after lambing, fertility is not to be put aside. Through the summer, although ewes are not breeding, potential lambs continue to be created in the ovary, as follicles develop and mature to be later released when the ewes start cycling.”

The overall improvement in the flock’s performance has prompted Cameron to buy Feet, Fertility and Worms in bulk for this year

“A full year on, the lambs are doing really well and we haven’t used the foot bath for scald. By being proactive we are off to a better start as we are decreasing the chances of problems, while also increasing our chances of a compact lambing period and easier management.” he commented. 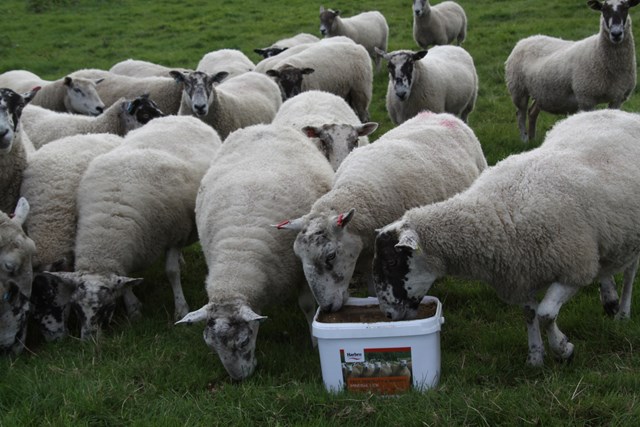