In line with government requirements, this document details information relating to Harbro Limited pay as at 5th April 2021.   As the largest company within the Group, Harbro Limited is the only company which employs more than 250 employees, therefore the information detailed below is reflective of Harbro Limited only.

Harbro Limited has a mean gender pay gap of 22.92% and a median gender pay gap of 14.96% which arises as a result of the demographics within the company and the wider agricultural industry that it operates within. It is recognised that traditionally some disciplines are predominantly male orientated within our industry and as such Harbro Limited employed significantly more men than women within the reporting period.

The data required does not relate to any individuals carrying out the same role and their related pay, it simply looks at the workforce in its entirety within the reporting period and does not consider individual roles within the organisation. It is important to distinguish the Gender Pay Gap legislation from un-equal pay which is for men and woman doing the same job. 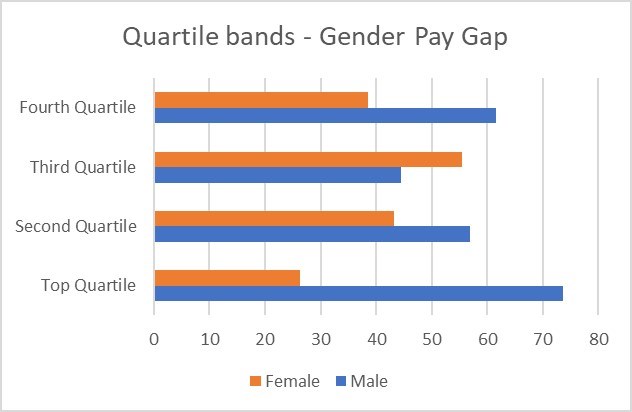 The Company’s Directors and Sales Specialist roles attract the highest bonus earnings potential and these areas of the business are predominately made up of men.  This creates a mean gender bonus pay gap of 76.01%. 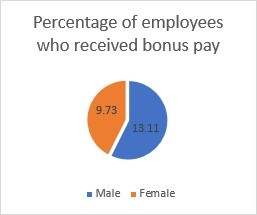 It is recognised that Harbro Ltd have a smaller proportion of women in senior posts and recruitment is predominantly into entry level through to management level roles.  The majority of which do not attract bonus elements to their compensation.  This is mainly due to the lack of women currently working within this sector.  Harbro Ltd realise that reviewing and implementing robust resourcing, learning and development strategies and plans will assist in the implementation of succession planning and attraction tools which over the longer term will reduce the Gender Pay Gap.  However Harbro Ltd do not foresee a positive impact on the Gender Pay Gap in the short term