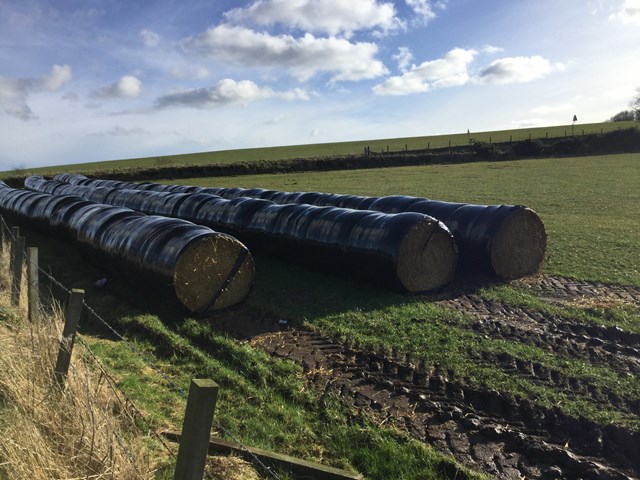 At Mains of Arnage, Ellon, Aberdeenshire they have been using ammonia treated straw to feed cattle for over ten years.

The farm run by Andrew Biffen, his partner Fiona Bradley and Andrew’s son Matthew, treated 600 bales in 2016 from 250 acres which is mainly sown to spring barley.

The ammonia treated straw has provided bulk feed to their herd of 130 commercial Simmental x Limousin cows when housed over the winter.

Andrew Biffen explains “we introduce the ammonia treated straw in October while the cattle are still at grass, so that they can become accustomed to the feed before they are housed. Once they are in, we then combine the straw with pot ale and Harbro straw balancer mineral to ensure that they are receiving a balanced diet. We also add silage a month before calving to help milk production”.

Calving in February the cows remain on the ammonia treated straw after calving up until turnout in the spring, once out at grass Super Suckler buckets are provided to ensure mineral requirements are still maintained.

The family have opted to use ammonia treated straw instead of silage for a number reasons and have increased the amount they are treating over the years.

“There is less mess with ammonia treated straw, the cows are much more contented as fed free access and are maintained in good condition. We find the straw provides a consistent feed, silage is much more variable in nutritional value and although was good in some cases we still found there was a lot of waste. We have also found that we use substantially less straw bedding, as the cows are on a dry diet. Plus by not producing
silage we have released extra grass acres for grazing” commented Matthew.

The calves are sold as yearlings, so they remain out with the cows until the autumn and are fed on a creep ration which is produced on-farm using the Harbro feedmobile. The ration which includes home grown barley, Harbro Excel 40 Champion Meal, Alkacid and Sugar Beet Nuts together with molasses, allows the family to utilise
cereals which are produced on farm and to manage feed costs effectively.

The calves stay on the creep until sale between February and May when they are sold through Aberdeen and Northern Marts.

As part of a progressive approach the family re-introduced sheep to the enterprise around 5 years ago and now
have a flock of 280 half bred x Suffolk ewes.

The flock is provided with Energyze Forage Booster initially and then are moved on to the Energyze Vitality and Premium Ewe Rolls pre-lambing along with molasses provided by Harbro, which helps to prevent against twin lamb disease.

The lambs are finished off grass and are again sold through Aberdeen and Northern Marts. 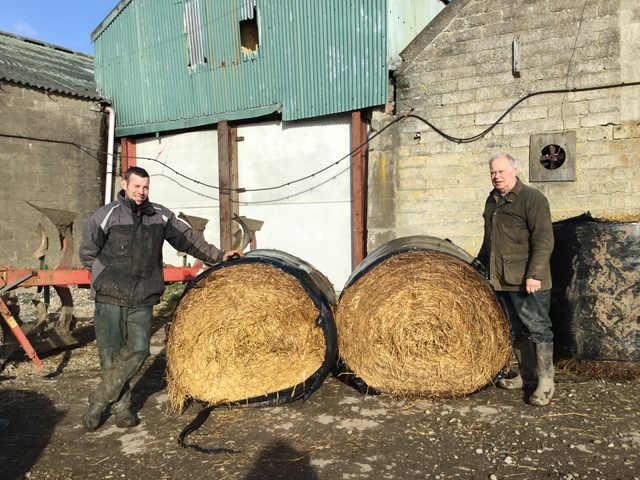 The farm is part of the recently launched Farm Profit Programme which is an initiative run by the Scottish
Farmers Journal, Aberdeen and Northern Marts and SAC Consulting.

The programme has six focus farms throughout the North and North East of Scotland that are working with a number of advisors to draw up a three year plan that aims to improve on-farm outputs, profitability and performance.